There’s a lot of talk these days about mentoring. Many members of Generation X and Generation Y (Millennials) have told researchers that having a mentor is of high importance to them. As a Baby Boomer, I take great pleasure in being called upon to mentor other entrepreneurs. But as the CEO of our family of companies, I made the mistake of also thinking that I could be a mentor to some of the up and coming leaders in our organization. This realization has just recently become apparent to me and its subtlety is what tripped me up.

By my definition, a mentor is an advisor and nothing more. The mentee can take what the mentor offers and do with it what he or she wishes. A mentor typically has no “skin in the game” where the mentee is concerned. As a result, the mentor is able to freely dispense advice and opinions without an agenda. CEOs should not try to be mentors within their own companies. Why? Because they clearly have an agenda which is first and foremost shaped around what is in the company’s best interest. In my experience trying to be a mentor to a handful of leaders in our firm has not worked effectively. They are deferential to a fault because I’m the CEO. They listen to what I have to say differently than if I were outside the organization. For example, when I challenge them with a particular question or premise, they take it as gospel. The relationship of the CEO to any member of the team is going to be such that a true mentoring relationship will be very difficult.

So what is an appropriate role for a CEO to play in developing leaders within his or her company? I have found that becoming a coach is the right path to take. Let’s use sports as the metaphor here. The coach is a teacher. He/she may call the plays from the sidelines until a sufficient level of expertise and trust is developed with the players to allow them to call their own plays. A coach should be wise and compassionate; yet there are times when he may be appropriately demanding and exacting.

Gen Xers and Millennials are well-served to understand the distinction between coaching and mentoring. I believe that a future leader should have both. Find a mentor who is older and has plenty of experience outside the company. By building extensive relationships throughout the community, one can usually connect with someone who may be willing to serve in a mentoring capacity. Then, try and establish a coaching relationship with a superior inside the company, assuming that the individual has a coaching personality. Unfortunately this isn’t always the case with certain people in positions of authority who are insecure and have power issues. I submit that it is healthy for the organization to move away from the boss-employee mentality and develop an attitude of coach-player.

CEOs and members of their teams can be fulfilled by a healthy coaching relationship. And an outside mentor can be the icing on the cake. 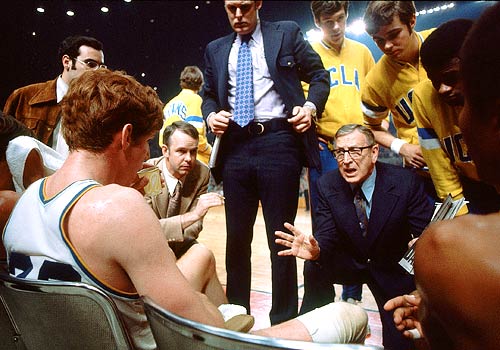