Customers quit all the time. Many entrepreneurs work extremely hard to prevent the big screw-ups that alienate and enrage customers. Yet, even with this effort, there are still customers that leave and don’t come back. What’s up with this?

Consider this scenario. An entrepreneur has opened a new restaurant and works 24/7 to develop a loyal clientele. Over time the restaurant grows and enjoys success – it’s even profitable! But then its trajectory levels off. It’s not growing like it was and some of the regular faces aren’t there anymore. The entrepreneur studies his operation but can’t find anything glaring that is causing this trend. His puzzlement and frustration grows. Why isn’t he winning like he used to?

Had the entrepreneur taken a much closer and more granular look, he might have discovered the root cause of his problem. Had he followed one of his oldest customers – we’ll be original and call him Mr. Smith – he might have observed the following occurrences. On one occasion, Mr. Smith made a reservation in advance, but when he arrived the time was wrong. The hostess apologized profusely, but it did cause minor inconvenience to the customer. In another instance Mr. Smith’s credit card was declined. After an embarrassing moment for Mr. Smith, the server found that the credit card terminal was on the fritz. A few weeks later Mr. Smith was in a hurry to leave for a business appointment and his lunch was delayed due to a mix-up in the kitchen. Another time his steak wasn’t properly prepared. In still another instance, one of the side dishes he ordered was forgotten.

These seemingly small and inconsequential issues continued to occur over a period of months. Mr. Smith did not encounter problems every time he ate at the restaurant. But they happened often enough that he began to feel as though this eatery wasn’t the bright and shiny object that it had once appeared to be. Gradually Mr. Smith came to the restaurant with less frequency. The final straw came on a day when Mr. Smith noticed he had been charged for an appetizer he hadn’t ordered. The bill was corrected, but that was the last time Mr. Smith ever patronized the restaurant.

I call what happened here The Cumulative Effect of Little Things. The entrepreneur who owned the restaurant was prone to look at each minor problem on a stand-alone basis. And when viewed in this manner, it’s a mystery to see how a slightly undercooked steak here or a credit card snafu there could be enough to chase away a customer. He was looking for and trying to prevent, much larger issues. What he failed to understand is that the small stuff contributes to an overall customer experience. If Mr. Smith had visited the restaurant only once, he probably wouldn’t have given much thought to the fact that his meal arrived four minutes before that of his dining companion. But Mr. Smith was a regular customer and his impression of the restaurant was driven by an accumulation of experiences.

We can keep The Cumulative Effect of Little Things from causing our customers to quit. How? There are two ways. First, we must be sticklers for the small details. With the right systems, processes and team member training, we can eliminate the small mistakes that seemingly happen every day and yet are excused as too minor to matter. Second, we must be joined at the hip with our customers. It’s crucial that we know what they are experiencing at all times. Continuing with the restaurant example, when the owner or general manager shows up at my table at some point during the meal; chats briefly with me and asks (genuinely) what can be done to make my dining experience better, then I know I’m dealing with someone who really cares about me as a customer. I generally don’t ever encounter problems in those restaurants.

Customers leave more often than not as a result of The Cumulative Effect of Little Things rather than a major malfunction. Caring about the little details AND the customer will go a long way to creating a loyal following. 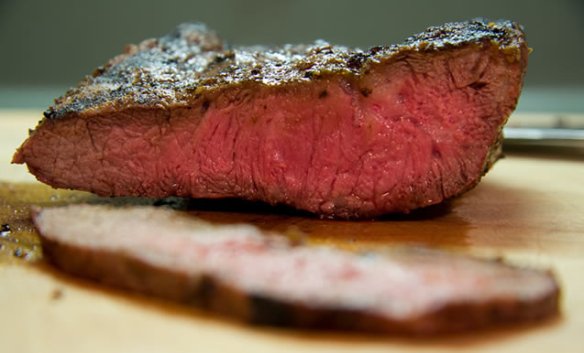