There are many motivating factors for becoming an entrepreneur. Some of us want to be in control of our own destiny. Others are overwhelmed with passion for a particular idea. And still others want to change the world. As we embark upon our entrepreneurial journey it’s important that we understand exactly what is motivating us to do so. Are we seeking recognition; do we want to build something important; do we desire to express greater creativity, or do we want to become wealthy? Likely our motivation is a combination of a number of these factors and even others not mentioned here.

As we contemplate our motivations there’s something else that is very important for us to consider. I’m going to call it the Entrepreneur’s Trap. It could also be called the Money Trap. The thesis goes something like this. An entrepreneur – let’s call him Dylan – wants to start a business. His friends ask him why and he professes that he has a novel idea that will make a real difference in the world. He doesn’t fit the corporate environment and has always wanted to be his own boss. These friends along with members of his family shower him with accolades for the purity of his motivations, and encourage him to take the plunge.

What Dylan doesn’t tell anyone is that he really believes he can make a ton of money. He wants a massive mansion and a 70-foot yacht on an exclusive beachfront somewhere in the world. In fact, he may be suppressing this urge and trying to fool himself into believing that wealth and materialism really isn’t his main motivation. And of course if he were to state publicly that he wants to become filthy, stinking rich, he would be viewed in a negative light by his friends and family.

Let’s get one thing straight. There’s absolutely nothing wrong with the desire to amass great wealth. An entrepreneur who denies that making money is a motivating factor may struggle to succeed. Why? Because driving profitability is vital to the survival of every company. The investment of capital and time along with the inherent business risks deserves a return. Where it goes off the rails is when wealth and materialism is the ultimate objective. On the other hand, if achieving wealth and materialism is a means to a bigger end, the calculus is healthy.

What does all of this mean in a practical sense? If Dylan is obsessed with making money so he can build his massive beachfront mansion and buy the 70-foot yacht, he may become quickly frustrated when he misses his profit forecasts early on. He may lose patience just when it is needed the most. Certainly there are examples of instant wealth that can be cited. But more often than not, creating and building wealth is a marathon, not a sprint. The quest for being a “one percenter” can be fraught with other baggage. There may be an inclination to take shortcuts that are deficient in integrity or even legality. And how exactly do we build an organizational culture that is solely about making money for the entrepreneur? That’s certainly not a very inspiring mission for a team.

I’ve written and said before that earlier in my career I was more inclined to worship the almighty dollar. But it seemed that the more I chased it, the more elusive it was. As I grew older and more mature my focus changed. There’s no doubt that wealth accumulation was still important, but it wasn’t my singular focus. Eventually my wife and I determined that we wanted to build wealth for the purpose of giving it away. Thus was born the notion for us that generating wealth through entrepreneurship was a means to a bigger end. In our case, we established a family foundation with a mission and a purpose that will eventually provide funding for our preferred charitable causes after we are gone. But we aren’t waiting until we’re dead and buried to start this process. In 1999 we launched a scholarship program to help young people with their college expenses who aspire to become teachers. Not only do we know that in the future our financial assets will be directed to doing good work, but we get to witness the difference it makes right now while we are still alive.

We can avoid the Entrepreneur’s Trap by using wealth and materialism as a means to a bigger end. When we focus on that greater calling – whatever it may be – wealth will become a healthy result.

You can also listen to a weekly audio podcast of my blog. What you hear will be different than what you read in this blog. Subscribe on iTunes or wherever you get your podcasts. You can also click on this link – Click here to listen to Audio Episode 96 – Just Say It. 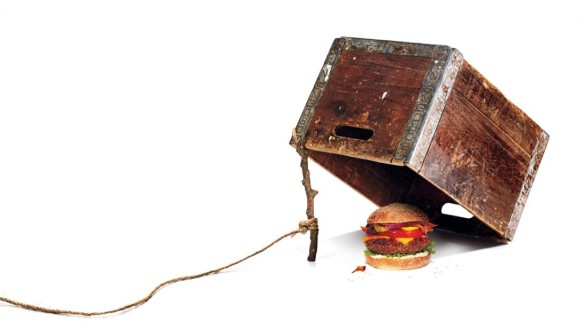