There is a trap that is well known to most human beings. This trap ensnares the young and the old; the rich and the poor; the healthy and the sick – it does not discriminate. The trap is that of seeing something negative and believing that it is so. You may think that this is black and white. Either something is negative or it’s not. Ah, but that’s the epitome of the trap. In fact, it’s not black or white.

For entrepreneurs this trap is especially dangerous. As we toil to grow our enterprise, we constantly encounter situations that could easily be perceived as negative. Let’s look at a hypothetical example. Eddie the Entrepreneur has watched his team work tirelessly to grow revenue. But the process has been slow, and Eddie is struggling to juggle his bills and keep vendors at bay. Scaling his company is happening but he’s quickly running out of cash. Eddie exhorts his team to pick up the pace and generate more revenue more quickly. Secretly, he thinks that his days are numbered and he’s going to have to face the inevitable and close the doors. Eddie sees what appears to be a negative situation and believes it. What do you suppose happens next? Yes, Eddie’s belief becomes a self-fulfilling prophesy and his company goes out of business.

Then there’s the story of Ingrid the Impresario. Her situation is similar to that of Eddie. Her company is making headway, but revenue isn’t keeping pace with expenses. She hates the calls she receives daily from bill collectors. But Ingrid is not going to be beaten. Rather than see a negative appearance and believe it, she is resolved to look beyond it. She realizes that she needs to take action immediately before it’s too late. Ingrid asks her vice-presidents of sales, operations and manufacturing to spend a day with her off-site. During that day, they identify a small pivot that will drastically cut costs, pump sales and give them a much longer runway to reach consistent profitability. Rather than continue to try and “muscle through” they deftly make this tweak and quickly see the results they were seeking.

The difference in these examples is profound. In Eddie’s case he saw his business failing and became resigned to that negative appearance – he believed it. Conversely, Ingrid realized that adjustments were needed in her business – and she believed it. What Ingrid saw was not what others might have seen – a negative situation. Instead, she saw an opportunity to make changes that put her company on the path to success and looked beyond the negative appearance.

The ability to look beyond negative appearances is a superpower for entrepreneurs. Doing so takes discipline and a generally positive outlook on everything. I’ve often wondered why human nature seems to default to fear and negativity. I’ve concluded that while we  tend to be afraid of the unknown, it’s relatively easy to believe that we will fail. We hear the statistics about how many companies die an early death. We read story after story detailing the failure of retailers, restaurants, start-ups of all types . . . and the list goes on. It takes a supreme effort not to succumb to the constant drumbeat of negativity.

I learned long ago to ignore the admonitions and warnings of others who lacked a clear understanding of that with which I was involved. Instead, I choose to view every situation and circumstance as an opportunity to inject a healthy dose of creativity. Of course, I’m not naïve enough to ignore reality. But I look for ways to push the boundaries of reality to my advantage. We’ve abandoned business ideas (and businesses!) that did not work. But that was done in clinical fashion after first exploring all our options and determining that we could better spend our time and capital in a more productive and profitable manner. We weren’t resigned to the “inevitable” failure. Instead, we were coldly calculating in our assessments and made choices that were in our best interests. After more than 44 years in business, I’ve never yet seen the sky fall. We’ve had setbacks and hit speed bumps. But by steadfastly looking for opportunity in every situation, we always find a way.

Seeing beyond negative appearances is an entrepreneur’s superpower. Following this approach opens infinite possibilities to prosper and succeed in ways we may not even imagine. 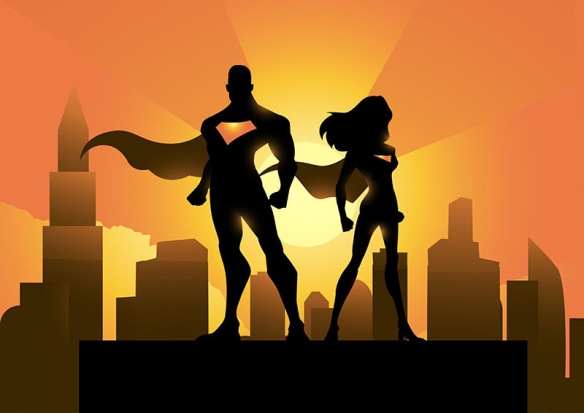