I saw a video clip the other day of the Haohan Qiao Bridge that stretches 980 feet between two cliffs in China’s Shiniuizhai National Geological Park. It’s a suspension footbridge that is extremely unique in one particular sense . . . it’s made of glass. As you walk (or crawl) across, you see through the glass floor and look straight down 600 feet to the canyon below. We’re told that the glass is 25 times stronger than ordinary glass and if it breaks it is so dense that a person won’t fall through.

What’s interesting about this bridge is the fact that it’s bold, it’s big AND it’s safe (we’ll assume for the moment that what we’re being told about the bridge’s safety is correct). This bridge is the perfect metaphor for what we’re trying to accomplish as entrepreneurs. There’s nothing wrong with small ball, but after playing this way for many years we sometimes yearn to take that big leap across the canyon. Doing so requires that we push beyond our comfort zone and summon a fearlessness that we may not have previously experienced.

What prevents us from taking big and bold action? Often, it’s a question of safety. We’ve invested much in the way of blood, sweat and tears to get to where we are today and we don’t want to risk our bank account, our 401(k), our home, our health, our reputation and yes, the possibility of failure. The risk of failure is likely the Number One reason we don’t take those big and bold steps. The rest of the risks can be successfully managed. We use them as “why not” reasons, but ultimately it all boils down to the chance that we might fail.

What does failure look like to you? Many of us are programmed to abhor failure. In school, getting an F was something to dread. Our parents were disappointed. We thought we looked stupid in the eyes of our classmates. There was real shame associated with this letter grade. Throughout our lives we have been conditioned to avoid failure at all costs. And so, we say things like, “I don’t want to go all-in on my business idea because I can’t afford to put my family at risk.” But at the root of it, we are afraid to get that paper back from the teacher with a red F in the upper right-hand corner.

I’ve said many times that failure is simply an unfinished experiment in the laboratory of life. Failed experiments can sometimes be the only way we eventually get it right. I’ve started numerous business ventures that failed. In one case we raised investor money to fund a particular concept but could not get the traction we were looking for. Within a few months we realized that we were going to fail and so we gave everyone’s money back and shut down the venture. The goodwill from the early recognition of our failure and the act of returning the investment capital enabled us to build even stronger relationships with those investors who have invested in subsequent ventures. Long ago I realized that there is nothing to be ashamed about when we fail and maintain our integrity in doing so. I just haven’t figured out how to go big and bold without the risk of failure somewhere in the equation.

Here’s the bottom line. Step One – think big and then think bigger. Step Two – focus on how to mitigate the risks that could be associated with failing when launching that big (bigger) idea. Step Three – release the ego and realize that failure doesn’t diminish us as individuals. Step Four – create a solid implementation plan. Step Five – GO FOR IT!

Going big and bold is a process to be managed. But it also means that we must get out of our own way to deny the insecurities and perceptions of failure that prevent us from moving forward. 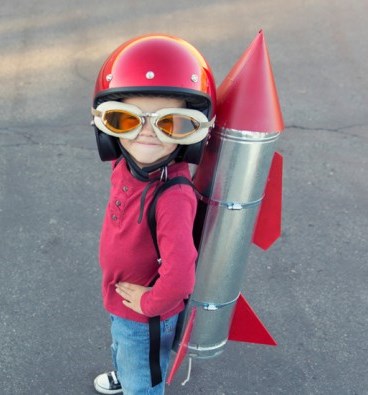