Here is a fascinating subject for all entrepreneurs (and everyone else for that matter). It is the world of auto-antonyms with a focus on one particular word in the English language. What is an auto-antonym you ask? Don’t worry; you didn’t miss anything in school. Until I looked it up, I had no idea about auto-antonyms, sometimes called a contranym. Simple answer – it is a word that can mean the opposite of what it appears to mean. Now that the picture is completely confused, let’s focus on the word . . . NO.

“No” seems like a simple word to understand – right? Not so fast. In my world “No” can actually mean “Yes.” Let me explain. Remember when we were kids and we bugged our parents for something? Often the default answer was “No.” But we became conditioned to realize that “No” could be changed to “Yes.” I remember a trip to Disneyland in Anaheim, California when I was five years old. There was one particular ride that I wanted to try as soon as I hit the park. My parents – in unison – said, “No” (emphasis not added). They reasoned that I was too young. But I continued to harangue them throughout the day and wore them down to the point that before we left the park that afternoon, they finally said, “Yes.” In fact I was too young for the ride and had no clue what to do – one of the attendants had to come and rescue me – but I was victorious in my quest to flip “No” to “Yes.” I guess that was the launch of my persuasive powers on the road to becoming an entrepreneur.

Too often, we hear “No” and accept it as gospel. We interpret the word as a form of rejection; feelings may be hurt, and we may become dejected and deflated. This next statement is very, very important. NO. DOES. NOT. ALWAYS. MEAN. NO. If we simply accept the word for what we think it means then it is Strike Three and game over. But if we see “No” as the starting point for getting to “Yes,” there is still a chance for extra innings. And who knows – we might win the game in the bottom of the 12th!

Entrepreneurs who hear “Yes” when they are told “No” are “No Flippers.” They understand that being told “No” just means that they need to become more persuasive and work harder to build their relationships. By doing so, they increase the odds of flipping the “No” answer to a “Yes” answer. When we are told “No,” we have a chance to zero-in and learn something. If we are helping someone buy our product or service, it is imperative that we find out why the other party has declined. By politely asking for feedback we might discover that a minor change in the product or service could result in a totally different outcome. Had we simply accepted the “No” answer, we might not have had the chance to make the tweak that led to a sale. Sometimes we are told “No” not because the other party does not like us or what we are offering, but the timing is not right for them. This is where relationship-building is critical. We remain in touch and work to serve the relationship in whatever ways possible while staying in front of the customer in a positive manner. But remember – there is a fine line between the obnoxious childish whining we did as kids to get our way and doing what it takes to be in the right place at the right time to serve our customers.

I can’t begin to count the number of times I’ve been told “No” whether it was in raising equity from investors to acquire properties; securing a loan for an acquisition; negotiating the purchase or sale of a property, or trying to hire a particular individual to join our team. Maybe I am just thickheaded, but when I hear “No,” it is just a signal to step-up my game.

As entrepreneurs we need to become accomplished “No Flippers.” It may take a while and we will need to be creative, but eventually we will get someone to say “Yes.” Maybe it is the person we have been trying to convince all along, or perhaps it’s someone else. We use the knowledge we gain from hearing “No” to make the changes necessary to get to “Yes” and achieve success. 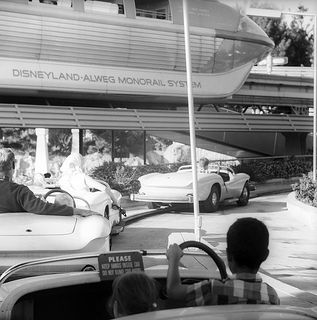 1 thought on “The Never Accept “NO” Entrepreneur”