We’ve all known hard-charging Type A entrepreneurs who have a “take no prisoners” attitude. These people are the doers. They are decisive and they know how to execute. But sometimes there is a downside to this sort of personality. Yes, sometimes those of us who are very driven may have a tendency to be insensitive. This usually isn’t intentional but nonetheless it can have a detrimental effect on our team members and the culture we are trying to build.

There are a number of ways that insensitivity can manifest. It can be as direct as making derogatory or belittling comments to as subtle as failing to acknowledge someone with a friendly greeting in the morning. Think about an exchange like this. Team member – “I’d like to volunteer to work with Jim on the Norton project.” Entrepreneur – “No, you just need to stay focused on what you are doing.” While it may be absolutely true that the team member needs to keep doing what she’s doing, the way the entrepreneur delivered the message could be construed as insensitive. A different selection of words would make all the difference. How about this instead? “Jan – thanks for the offer. Your project is critically important and I’m counting on you to get it wrapped up. But I will take a rain check on having you help with the next one.” This statement acknowledges the team member with an expression of appreciation and also affirms her value. And it gives her hope that she’ll be given another opportunity in the future.

So, how do we develop the appropriate level of sensitivity without going so far as to sing Kumbaya all the time? There’s a very simple method that I’ve learned over the years. I will admit to once-upon-a-time being the insensitive Type A hard-charger that was described in the opening paragraph. I justified my behavior by believing that I was simply being expedient in my dealings with others. After all, I was moving at 100 miles an hour and the quicker I could get through with one meeting the sooner I could move on to the next. But I gradually became aware that my people skills were suffering. I wasn’t doing anything to cultivate relationships or goodwill. Eventually I developed a new awareness by just putting myself in the other person’s shoes. How would I feel if someone spoke to me a certain way; said something in a certain manner, or failed to somehow acknowledge me?

The key is to practice, practice and constantly practice. I try to pay attention to how everyone around me is feeling. In a restaurant, I want to make sure that the wait staff is properly appreciated. At the office I try to make eye contact with members of our team as I walk by and greet each and every one of them. I pay attention to the language that I use, going the extra mile to avoid careless statements that could be misconstrued. Again, I’m always testing what I say or do against the basic premise of how I would want to be treated if I were the other person. After a while it becomes very intuitive.

The mark of a good leader is the manner in which he or she treats others. Running roughshod or being humble and sensitive? The choice is easy when walking a mile in another’s shoes. 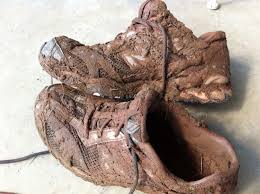