What do we dread most in our business and personal lives today? No, it’s not losing. When that happens, we simply pick ourselves up and go after it again. And it’s not being overwhelmed by our workload. We solve this with a few adjustments to time management and delegating to other team members. Our biggest “dread” is insidious and frustrating beyond belief. Here’s an example of what happens. We’re attempting to do business with someone. We’re past the cold calling stage and actually have been interacting with other party. We send an e-mail and wait a day or two. Then we call and leave a voicemail. Perhaps we even send a text. A week goes by with radio silence. We’re officially in the Zone of Doom.

The Zone of Doom is the black hole of non-responsiveness. Unfortunately it’s become an epidemic. With caller ID many people simply ignore calls from those of us with whom they do not wish to speak. Blowing off e-mails is even easier. I know I sound like an old geezer, but when I was growing up in the business world I quickly learned that protocol dictated the return of every phone call the same day or next morning. We didn’t have e-mail back then so letters and memos were the standard for written communications. The expectation was that the response be immediate. There never was any thought of not responding at all. In fact, when someone slipped and failed to provide a timely response, the word usually got back to corporate leadership and there was hell to pay.

The biggest challenge relayed to me by members of our team is that their interactions with so many people outside the company are one-way. Simply trying to reach people is so much harder than ever before. Long ago, I resolved not to fall into this category. I think I’m about 95% true to this resolution. I do return my phone calls in a timely fashion – though I will admit that there may be a cold call here or there from a salesperson that I miss. I believe most people will attest to the fact that I usually return all my e-mails the same day if not the same hour.

So how are we supposed to deal with the Zone of Doom?  How are we supposed to do business when people are so unresponsive? There’s no question that failure to respond is not acceptable. But we must ask ourselves what might be the root cause for our receiving the silent treatment? This goes beyond the fact that people are busy. It all boils down to priorities. Think about how we develop our own set of priorities. What goes at the top of the list and what goes at the bottom? I find that the things that are most important are those which are most impactful to my business and my life. It’s a pretty good bet that others set their priorities in the same manner. When I’m trying to reach someone else I try to bear in mind whether or not communicating with me will make that much difference to the other person. There’s the word . . . difference.

We must be able to differentiate ourselves when competing with someone else’s priorities. Is what we are attempting to communicate really that important to them? If not, then what can we do to push it up toward the top of the ladder. This is where relationship building becomes so important. I’ve written many times that relationships are all about service. I’ve found that the harder I work to establish and serve a relationship the more likely someone will reciprocate my attempt to communicate. You may be thinking, “How can I possibly build and serve relationships with everyone with whom I come into contact?” No one said it would be easy. Relationships take time to build and there’s no time to waste. Any and every little thing that can be done to help someone else builds that relationship. Many business people seek to establish relationships to benefit themselves. If we do it differently and make every attempt to help others, our efforts will be recognized as genuine and authentic.

We can avoid the Zone of Doom by building relationships for the purpose of serving others. And through our relationships, we move up the priority list of those we are serving. 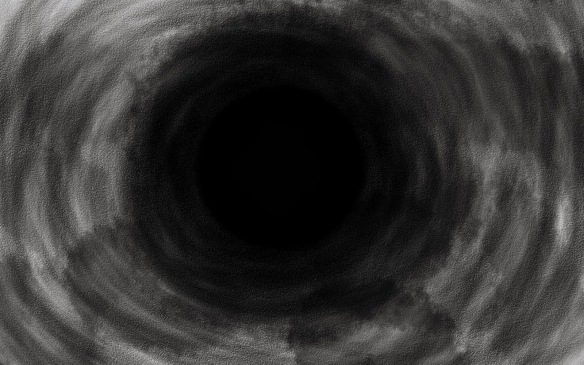 Question: I’m having trouble getting someone to answer my business e-mails. I’ve thought about sending a text message but wonder if it’s appropriate. Should I do this?

Answer: I would do something else first. Pick up the phone and call the person. I’ve written about this subject before but I believe the message is worth repeating. For some reason we aren’t calling each other as much anymore. This trend is especially prevalent with the millennial generation.

So what is happening to some of the basic forms of communications these days? I still receive a letter occasionally – usually in the form of a PDF document sent to me electronically. Ninety-nine percent of the snail mail I receive is junk that gets tossed. We send massive numbers of e-mails. Text messages are as commonplace as waking up in the morning. We Tweet and we re-Tweet. We send private messages via Facebook and can e-mail through LinkedIn. In other words, it’s easier for us to be in touch 24/7 than ever before. But are we truly in “touch?”

My phone hardly rings anymore. In the mid-80s my company had two full-time receptionists who processed thousands of calls each day. They wrote message slips that we used for returning our calls. Voicemail was not yet fully developed. Today some companies don’t even have a live person answer the phone. An automated attendant handles the function in a very sterile and antiseptic manner. We tried that for a while and realized how much we didn’t like it. Now a live person answers our phone.

I’ve become a champion of Alexander Graham Bell’s invention. It’s not that I have a problem with e-mail or text messages, but I miss the human-to-human personal interaction. All of the modern electronic methods of communications are one-dimensional and lack the ability to convey true feelings. Oh, and what we say (or don’t say) in an e-mail or a text can easily be misconstrued.

Not only have I become a champion of the phone, I’m also a big fan of videoconferencing. When you and I talk, or better yet, when we see each other and talk, the dynamic changes considerably. We can hear voice inflection and read facial expressions and body language. I constantly hear people complain about their e-mails being ignored. We’re at the point where ignoring e-mails may even be excusable when the guilty party throws up his/her hands and says, “I’m sorry. I get 200 e-mails a day and can’t possibly keep up!” Maybe we can all relate. There’s something different about the phone however. Perhaps the etiquette standards are higher. Of course there are people who blow off phone calls too, but I find the percentage to be lower than those ignoring e-mails.

We can improve our chances of building lasting relationships and communicating more effectively when we make that simple phone call. Give me a call sometime. I’d love to chat.

Question: I have become increasingly concerned about the tone of e-mails that I have been receiving lately. And I find that people aren’t responding to my e-mails in a timely manner. Why aren’t people more courteous?

Answer: E-mail is a wonderful medium. It’s hard to remember what it was like before the days of “You’ve Got Mail.” We’ve become so accustomed to popping off an e-mail every time we feel like it that we take for granted this amazing tool. And now we don’t have to be sitting at a computer to send an e-mail – we can do it from our phones or an electronic tablet. All this makes for a high level of efficiency – wouldn’t you agree?

But we are paying a price with this advancement. We sit in our offices and send an e-mail to a colleague who may be less than 10 feet away. We send text messages to family members sitting in the same room. We send messages via Facebook and Twitter. So what don’t we do? We don’t talk to each other anymore. What I’ve come to learn is that e-mail is a great one-dimensional form of communications. It is perfect for conveying factual information. But all too often we use e-mail to express emotion and sometimes this can be misinterpreted by others.

I remember as a kid how a neighbor’s German shepherd would sometimes chase me into my house while nipping at my heels. Once inside, I’d turn around and scold the dog through the screen door – knowing he couldn’t bite me because I was safe inside. We may have the tendency to say things in an e-mail that we wouldn’t say in person. I call this “talking tough behind the locked screen door.” How easy it is to fire off an e-mail that expresses our feelings about something – especially if those feelings aren’t totally positive. Yet the recipient cannot see our eyes or the expression on our face. He or she cannot hear the intonation in our voice.

We should consider reserving e-mail for what I call “just the facts ma’am” communications. Remember how that was the trademark line from Sgt. Joe Friday of the old TV program, Dragnet? When there is a chance that something slightly contentious needs to be discussed, the best way is in person or at least by phone. I find that when I do this, I’m more likely to be sensitive of the other person’s feelings and talk about the issue in a more positive manner.

E-mail makes our business and personal lives more productive. Good old-fashioned, eyeball-to-eyeball encounters protect relationships, and enable us to maintain our personal connections with others.