Recently I was in a meeting with a group of entrepreneurs. One of them has been struggling to get traction with his entrepreneurial venture. His stress level was quite high and he indicated that he was under severe financial pressure. And to cap it off, his spouse was suffering with some anxiety issues that rendered her unable to care for their children at times. This all was adding up to a perfect storm of events that was creating considerable negative energy in his life.

This individual wants his entrepreneurial idea to work in the worst way. Obviously that is adding to the pressure. But he must clear up the various issues he’s dealing with in order to achieve the success that he desires. I suggested that he initially do only three things. First he needs to put his idea on the shelf for the time being – simply let it go. This doesn’t mean that he abandons it permanently but simply takes a breather with it. Second, I told him he needs to get a job so that he can provide for his family and relieve the financial pressure he is experiencing. I recommended that he live as frugally as possible and try and save some money that can be utilized when he resumes the pursuit of his entrepreneurial venture. Finally, I advised him to make a consistent practice of meditation – finding a quiet time each day to clear his mind and work on deep breathing. The purpose here is for him to become centered and release his negative energy.

Another entrepreneurial friend had been trying for quite some time to raise money for her venture and was having no success. She was extremely frustrated and was very emotionally invested in her idea. I had been following her situation for quite some time and suggested that she move on and do something else. She went home and took everything related to the idea; put those items in a clear plastic tub and stashed them in her attic. She had completely released her idea at that point. Within days she received a call from another investor asking her to reconsider. She revived her idea at that point by pivoting and re-tooling her concept. Today she is well on her way to raising the necessary funds for her revamped business concept.

I liken the steps I recommended to my friends as bridge building. When we are pursuing success it doesn’t just happen instantly. There often are obstacles that we must face, some of which can create significant adversity. Sometimes our instinct is to continue “fighting the fight.” By trying to muscle through, we constrict our flow of positive energy and end up wallowing in our circumstances. And when this happens we remain stuck on the wrong side of the river.

To cross the river we must build a bridge. That requires that we take the necessary steps to restore positive energy and an optimistic outlook. One of the hardest things for an entrepreneur to do is to let go of his or her idea – even if it’s just momentary. But we know that when we continue to try and hammer, hammer and hammer – we’re not actually building the bridge. Instead we’re just stuck in the mud.

The entrepreneurial journey will periodically require the building of bridges to reach our success. To build the bridge we need to pause for a moment and identify forward-moving actions that will eventually ensure that we succeed. 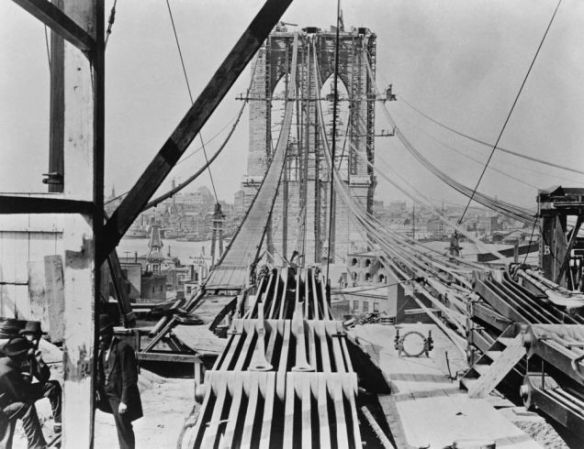