In 1961 Major League Baseball’s Philadelphia Phillies suffered a 23 game losing streak. The 2013-14 NBA Philadelphia 76ers endured a 26 game losing streak. In 1976-77 the Tampa Bay Buccaneers had the longest losing streak in NFL history at 26 games. Dan Meyer played both in the infield and the outfield for the 1983 Oakland Athletics and captured the MLB record for hitless at-bats in 48 attempts by a non-pitcher. Talk about slumps! A quick check of the dictionary offers the following definition of slump – “a period during which a person performs slowly, inefficiently, or ineffectively, especially a period during which an athlete or team fails to play or score as well as usual.”

We’ve all watched sports teams at amateur and professional levels encounter slumps. Ditto for businesses. And we’ve undoubtedly experienced periods in our own lives where we perform slowly, inefficiently or ineffectively. Feelings of hopelessness and victimization set in. Day after day we become more lethargic. It’s harder and hard to get out of bed. We’re defeated shortly after we arise. When things don’t turn out the way they should we say things like, “it figures – I just can’t win,” and an air of resignation sets in.

A slump is simply a state of mind. While I don’t have scientific proof, I believe we enter a slump as a result of negative thinking. We’re rocking along with everything going fine and something happens that has negative connotations. Maybe we were certain we were going to win a certain piece of business and then we don’t. Rather than shake it off and re-double our efforts with a positive attitude, we allow the loss to gnaw at us. It might be very subtle or even subconscious. But we let that little bit of negativity into our psyche and that, my friends, can be the beginning of a slump. Which is why I am such a staunch advocate for maintaining a positive frame of mind 100% of the time. Positivity is the best armor against a slump. When something doesn’t go right we need to see it as an opportunity to get right back on the horse and ride again . . . without hesitation. The negative creep in our consciousness will kill us if we don’t.

Suppose that somehow we find ourselves in a slump. How do we pull out of it? The same way we avoid falling into a slump in the first place. The first and most important step is to examine our attitude. Recognizing the negative thoughts and replacing them with positive ones is absolutely crucial. And we need to make sure we get every last one of them. Even a lingering doubt of any sort can be enough to keep the slump alive.

Once we return to a positive frame of mind we can take some additional steps to ensure that we’re back on track and the slump is behind us. Look for a small victory of some sort. No need to swing for the fences – just get a base hit. For example, we don’t need to immediately make that next big sale. Instead, simply get an appointment to meet with a prospective customer. Also, it’s a good time to review the basics and fundamentals of whatever it is that you do. This becomes a necessary grounding exercise. A baseball player who is struggling at the plate will often focus on the mechanics of his hitting. Perhaps he finds that a very minor change in technique makes all the difference. With a completely positive mindset and solid basics and fundamentals working in concert, the final step is going to a place of gratitude. We have so much for which to be grateful and must intentionally create a thanksgiving inventory. Focusing on gratitude will close the circle and put us back in the winning mode again.

Slumps occur because we let in a tiny bit of negativity. We can quickly end a slump by regaining our positive attitude; by focusing on the basics and fundamentals of what we do, and by being thankful for all of the good that is in our life.

You can also listen to a weekly audio podcast of my blog. What you hear will be different than what you read in this blog. Subscribe on iTunes or wherever you get your podcasts. You can also click on this link – Click here to listen to Audio Episode 1 – False Choices. 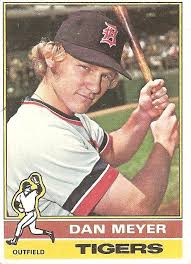