Gil Penchina is a 20-year angel investor in start-up companies. He was one of the earliest members of the eBay team and has invested in unicorn companies such as LinkedIn, Dollar Shave Club, PayPal and Cruise Automotive. I heard him tell a fascinating story about what he sometimes does when he’s traveling. He posts on Facebook that he’ll be away and offers his apartment to whoever wants it. Total strangers are often staying in his apartment – and have been identified not through a formal Airbnb arrangement! He’s done this 15 or 20 times and simply asks that the apartment be left clean and the bed linens and towels put in the washing machine. Only once has he been burned and that was by one of his cousins. Why would he do this? As Gil tells it, he believes that people are inherently good and he doesn’t believe they will harm his property.

How many times do we “look for trouble?” Do we have expectations that someone is going to try and take advantage of us? I’ve known many people who always have their guard up. They truly believe that if they don’t aggressively take protective action that they are going to be screwed. I’ve worked with people who spend more time trying to figure out how they are getting the short-end of the stick in a transaction than time spent figuring out how to optimize the deal. Guess what? This mindset can become a self-fulfilling prophesy.

I believe as does Gil, that most of us operate in good faith. Sure there are bad people in the world – I’m not naïve enough to deny this. But the number is infinitesimally small and I will do nothing to seek them out. I’ve said it many times that I’m going to put as much Good out into the world with no expectation of getting anything in return. What I’ve always found is that Good comes back to me, often beyond my wildest dreams. While there’s no quid pro quo for specific actions, I know that as I am doing Good, I will attract Good into my life. This is applicable to business, personal relationships, our health and all other facets of our existence.

Let’s be clear about something. This isn’t about blithely skipping down Candy Cane Lane oblivious to obstacles and pitfalls. When we believe in all Good, we manage risk such that we aren’t worried about bad things happening. Why? Because we have a mitigation plan in place that we methodically work through if the unexpected occurs. Simply planning for risks does not mean we think they will come to fruition. It gives us the peace of mind to know that we can successfully deal with them and allows us to devote our time and energy to the positive aspects of whatever we are doing.

In my 42+-year career I can count on one hand the number of times someone has maliciously taken advantage of me. Conversely, I know many business people who are constantly embroiled in lawsuits and always complaining about how awful others are to deal with. I guess I must be running in the wrong circles because I just haven’t encountered that many of those kinds of people.

A number of years ago we were purchasing an apartment property and placed a large amount of earnest money in escrow. During our due diligence process we found some issues that were unacceptable and we informed the seller that we were cancelling the contract. The seller wanted to fight over returning our earnest money and we spent a few dollars on lawyers before settling with him. He received less than 50% of the earnest money and we moved on. All of us believed that the seller was acting in bad faith and we could have endured a long protracted legal battle and won. But to do this would have required a huge expenditure of negative energy and prevented us from pursuing other positive opportunities. It turned out to be a minor blip in our process and was soon forgotten.

The Law of Attraction is a powerful force in our lives. When we think positive thoughts and do good things for others, we attract the same for ourselves. Negative thoughts and negative actions are also attractors. The choice is pretty easy to make.

You can also listen to a weekly audio podcast of my blog. What you hear will be different than what you read in this blog. Subscribe on iTunes or wherever you get your podcasts. You can also click on this link – Click here to listen to Audio Episode 59 – Mousetraps Squared. 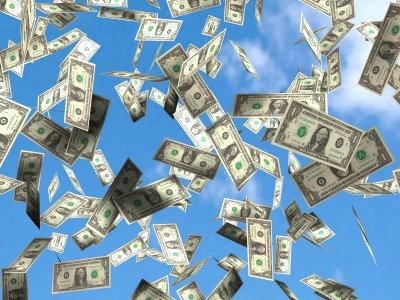