“Just concentrate on throwing the ball over the plate rather than breaking the sound barrier and be more varied and selective with your pitches.” That’s the advice catcher Norm Sherry gave to future Hall of Fame pitcher, Sandy Koufax, in 1961. Prior to that Koufax had labored through several seasons of mediocre pitching. Once he solved his control problem, he became nearly unhittable striking out 2,396 batters in his relatively short career. Koufax retired from the game in 1967 at age 30. Without a doubt, he went out a winner.

When we think of winning, what comes to mind? Most of us would say that we have achieved the success of victory – that’s the obvious answer. But when we’re asked how we won, the answer becomes a bit murkier. So, exactly how do we win? Do we simply throw the ball harder than anyone else? Or is there something deeper?

As we study great winners in sports and other walks of life one thing becomes abundantly clear. Great winners are fanatical about the basics and fundamentals of what they do. We’ve all heard how the basics and fundamentals are the foundational elements to success. And yet many times we just want to swing hard and hit the ball into the left field seats. The result is that we often strikeout. Lesson #1 – we’ll strikeout less and win more if we pay attention to how well we are executing the basics and fundamentals of our game. In business, perhaps we have enjoyed a winning streak lately. Human nature may cause us to take our foot off the accelerator and start enjoying the ride. What happens then? Maybe our winning streak comes to an end. We haven’t spent the time and energy continuing to cultivate relationships. We aren’t making the follow-up calls that we used to make. And we aren’t doing the homework necessary to understand what our customers really need and want.

Sandy Koufax would be an anomaly in today’s sports environment. He shunned the spotlight and stayed out of the public eye. He loved violin music – it’s said that Mendelsohn was one of his favorite composers. He chose not to chase the money and quit the game rather than risk further injury to an ailing arm. He was his own man which in itself is a special mindset. Lesson #2 – ignoring the noise in the world around us and maintaining our focus puts us on the path to winning.

Winning is seemingly about competing – right? Well, yes and no. If we are out to “beat” someone else the chances are higher that we won’t. In other words, if we become fixated on how to beat the competition, we’re really ceding our power to someone else. Why? Because our focus has shifted away from what we need to do to execute in the necessary fashion, and we’re now conjuring a methodology that we think will give us a competitive advantage. Unfortunately, we’ve forgotten that the way we win is to ignore the noise around us and execute our game plan in a flawless manner. Lesson #3 – don’t allow our competition to dictate the terms and conditions for winning.

Zig Ziglar famously said, “You were born to win, but to be a winner, you must plan to win, prepare to win, and expect to win.” I used the term “special mindset” in this blog. The only thing special is the absolute, 100% core belief that we deserve to win, and we will win. But there’s one more piece to this puzzle. We must relax into winning. If our intensity is too great, we can easily deviate from the basics and fundamentals and overcompensate. I’ve seen terrific baseball pitchers that start losing because they are so amped up that they try to “throw” the ball and over-control it, rather than relaxing and “pitching” the way they know how. Lesson #4 – to win, we must believe that we will and we must remain relaxed while doing so.

Winning is a relatively simple formula that involves always executing the basics and fundamentals; ignoring all the noise that is going on around us; playing our game and not trying to beat the competition and believing without any doubt that we’ll win. Oh, and yes, relax. Putting it altogether ensures that we’ll be Hall of Famers in our own right. 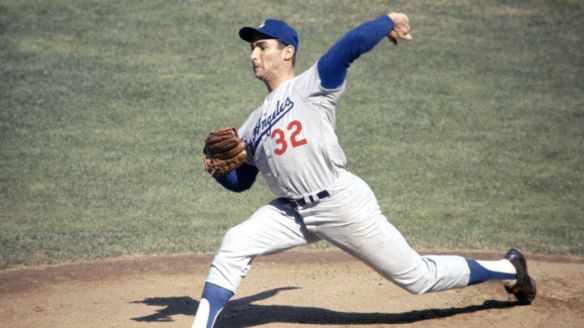