Alex Honnold is a world-renowned big wall free solo rock climber. He is particularly famous for climbing Yosemite’s Triple Crown – The Nose (El Capitan), Mt. Watkins and The Regular Northwest Face of Half Dome – completed in 18-hours and 50-minutes. Free solo climbing is done without ropes, pitons, or carabiners.

Navy Commander Jeremiah Denton was a POW in North Vietnam for eight years (1965-1973) four of which were in solitary confinement. He was forced to participate in a 1966 televised press conference during which he blinked the letters T-O-R-T-U-R-E in Morse code. After his release from captivity he retired at the rank of Rear Admiral and became a U.S. senator from Alabama.

What is the common thread that runs through all three of these individuals? Of course, their physical stamina is obvious. But perhaps even more amazing is their mental toughness. I cannot imagine what it would have been like stuck in a tiny Mercury capsule all by myself hurtling through space at an incredible speed. What if something went wrong and I could not get back down? Or how about being 2,300 feet up the 3,000-foot face of El Capitan with no ropes or anchors and suddenly feeling sick? And being tortured and isolated for years in a prison camp is incomprehensible. Without mental grit, think about how easy it would have been to go stark-raving mad in each of these situations and just totally lose it.

Fortunately, as entrepreneurs we are generally not faced with situations that threaten our mortality. But developing a strong mental state is critical to our entrepreneurial success. There are many situations that we encounter that call for mental toughness. If we waver or lose our way, we can lose a whole lot – financially, in terms of relationships, team members and reputation.

Exactly what should we do to become mentally tougher? First, how do we contemplate and deal with failure? Failing is actually a crossroads for us. When something doesn’t work the way we had planned we have a choice to make. We either give up or we get back up and keep trying. Feelings of pain and discomfort create patterns that our brain wants to avoid in the future. True progress is made when we decide to move forward past the pain and into a state of endurance.

Second, we need to identify the self-imposed limitations that hold us back. Do we have routines that have become ruts? If we keep pushing the goal, we achieve real growth. Breaking out of old habits and happily accepting new challenges is mentally stimulating and helps us become conditioned for success. As is always the case, constantly maintaining a positive attitude is an enormous step toward becoming mentally tough.

Finally, we visualize the result then write the script for the journey to get there. Mental toughness cannot be achieved aimlessly. We must have an end game in mind. Gordon Cooper wanted to finish the mission and get home safely. Alex Honnold wanted to get to the summit of El Capitan. Jeremiah Denton wanted to put his feet back on American soil. In each case they had a clear objective and kept it front and center at all times.

To become mentally tough, we embrace failure and use it to create endurance. We discard self-imposed limitations and through positivity, set the table for success. Ultimately, we paint a clear picture of what our success will look like and then execute the strategy and tactics that take us there. 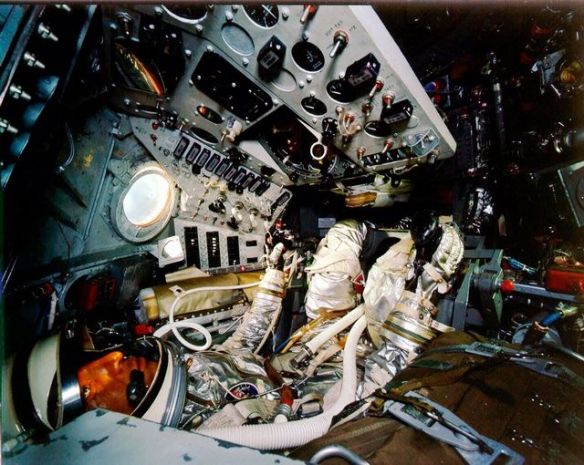