Successful entrepreneurs display many different leadership traits. But there’s at least one aspect of leadership that an entrepreneur cannot just automatically possess – instead it must be earned. Of course, I’m talking about Respect. Many believe that respect should be granted simply due to a station in life or perhaps a position that is held. Certainly, there may be some truth to this, but true respect is not something that is simply bestowed. Yes, the Queen of England, the President of the United States, and other heads of state command respect. But it’s for the office and not necessarily the individual.

Rodney Dangerfield made a living as a comedian with his trademark phrase, “I don’t get no respect.” With apologies to Rodney, respect is no laughing matter. It should be viewed with the utmost of seriousness because it can be a life-or-death factor for businesses and organizations of all sizes. When CEOs misbehave not only is the individual disgraced but the company he or she represents is shamed as well. On September 28, 2015, the EPA announced an order to recall Volkswagen cars built from 2009 – 2015 due to software that was programmed to cheat on emissions testing. Two days later the company admitted to this malfeasance and on September 23 the CEO resigned. Volkswagen has since paid well over $20 billion in financial penalties and legal settlements – not to mention the long-lasting reputational damage that would bankrupt smaller firms. Rebuilding the respect of the public for the VW brand will be a long and arduous process. And who knows if the former CEO will ever again be truly respected.

Earning respect doesn’t just happen. There is an intentional process that is required, and it consists of multiple facets. From my perspective it all starts with integrity. Do we always do the right thing even if it’s seemingly detrimental to our best interests? And do we always do the right thing even when no one is watching? Integrity cannot be turned on and off on a whim. Either it’s there or it’s not. Our team members, customers, suppliers – everyone is watching. If we keep our moral compass centered, we will have taken a giant step toward the pinnacle of respect.

Together with integrity is authenticity. It’s impossible to be authentic and genuine without integrity. Are we comfortable enough in our own skin to be ourselves? We’ve all seen others who are struggling with inner demons and insecurities. They “put on airs” and engage in bragging and blowhard behavior. It’s hard to respect someone who is living in disguise and can’t deal productively with his or her personal issues.

Consistency is the final ingredient in this recipe for respect. We can’t be hit or miss with our integrity, authenticity or in the way we treat people. Inconsistency sows seeds of doubt about our real motives. In a worst-case scenario others see us as being manipulative and conniving. Clearly when we stay true to our principles, we have no problem remaining consistent.

Earning respect takes time, and once achieved the quest to maintain it should be sacred. Earning and keeping respect is best accomplished through integrity, authenticity, empathy, and consistency.

In 1972 an American soft rock band called Gallery recorded the song, “Nice to Be with You.” I have always liked that song and believe it could reflect the personality of successful entrepreneurs. Think about all the people in your life and who you like most to be around. Is that person always complaining and negative? Or, is he/she upbeat and positive? A Harris Poll reported in 2013 that only one in three Americans were very happy. Obviously, there is a lot of progress to be made. We entrepreneurs can lead the way.

Entrepreneurs often get a bad rap. They are portrayed in the media and the movies as cold, heartless, ruthless and conniving. Certain politicians may characterize entrepreneurs as money-hungry and corrupt. We need to change this narrative and can do so every time we interact with someone else. How? I submit that when we are nice to be around, we can easily dispel the myths and stereotypes about entrepreneurs.

Now if you are rolling your eyes right now think about a single word . . . trust. Who do you trust more – a genuinely happy and friendly person, or someone who is sour and inconsiderate? I have not done a scientific survey on this question but informally asked a number of my friends and colleagues. It was nearly unanimous in favor of trusting someone who is nice. Our success is built on others trusting us, our team, our products and our services. Why wouldn’t we want to stack the deck in our favor?

Let’s take stock and see what we can do to ensure that others see us as nice to be around. I used a word in the last paragraph that is of critical importance, and that word is genuine. If we contrive our niceness it will be apparent and will cause others to think we are slick and manipulative. We must be real about who we are and develop the traits and tendencies of a happy person.

Here are some ideas that can endear us to others:

When we are genuinely a nice person the odds increase for building a trusting relationship. We can make this happen by thinking of others first; being optimistic and positive, and avoiding the limelight. 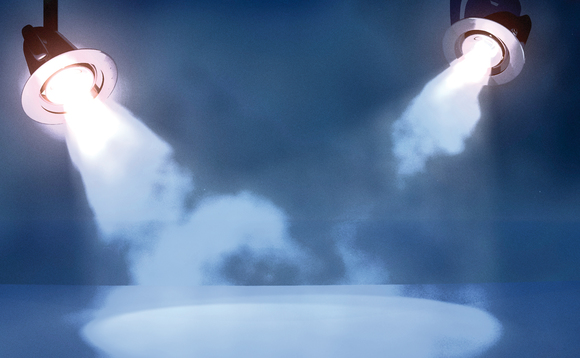