The other day I was speaking with a man who was miserable in his job. He was feeling very stifled and unappreciated. He told me about several decisions his boss had made that proved costly to the company and impacted his bonus on a personal level. He was particularly incensed that the boss shielded his superiors from the rest of the troops – and thus the higher-ups in the organization were unaware of the screw-ups and incompetence that were evident. Going over the boss’ head would be suicide. Have you ever heard this before? Perhaps you’ve even experienced it yourself.

We might be tempted to simply dismiss this as a classic case of job dissatisfaction, which it is – but . . . For 20 minutes this person went over and over the issues with which he had been dealing. He was intense. He was angry. This individual had a passion for what he had been doing and felt as though this passion had been stolen from him. Without a doubt he was grieving over what was obviously a loss for him. And to make matters worse, he felt powerless to do anything about it.

I recounted to him what he had told me and followed up with this statement, “So, it sounds like you’re done, right?” After a brief pause he said, “Yeah, I guess so.” And then he repeated it a bit more emphatically. He was so mired in misery that he hadn’t really come to grips with the fact that he had already made up his mind to make a change. At this point I redirected the conversation and began to ask a series of questions intended to stimulate his vision for the future and what he’d like to do. Yet, he continued to re-hash what he was encountering in his present position. Finally I asked his permission and then offered him the following advice, “You’ve already walked through the gate. Close it; don’t look back, and move on.”

I realize that this advice may sound trite and overly simplistic. But if you’ve ever been in a similar situation you’ll understand how easy it is to become trapped in a vicious cycle of “replays.” This is where we replay blow-by-blow how we’ve been wronged. Somehow we’re transformed from savvy entrepreneurs into finger-pointing victims. What to do?

Intuitively we know that the replays must stop and we have to move on. It’s also true that we may not necessarily have someone around who will shake us out of our funk. It’s a fact that the negative energy expended with the replays has never solved the problem for anyone. So we have a choice to make, and there’s really only one choice. Remaining locked into the status quo isn’t an option. And we’ll assume that there’s nothing we can do to improve the status quo.

I recommend taking the following steps. First, we affirm that we are ready to move on. The best affirmation is to quit whatever situation is no longer tenable. But that might not be immediately possible. If it’s a job or a partnership, it may be necessary to map out an alternative before making a move. But emphatically making the decision is vital. Second, we set a timetable for moving on, especially if it’s going to take a while to plot our course. Third – and this one is really important – we create a vision of our future. If there were no obstacles in our way, what would we be doing five years from now? I always suggest painting the grandest picture possible and then work backwards to the present. This can be an exhilarating exercise and helps create a positive mindset for moving forward to make our vision a reality. Putting this vision in writing is critical along with identifying the process we will undertake to get from here to there.

Being stuck in replay mode when we’re mired in a hopeless situation does nothing more than make us miserable. Affirming that we’re done with the negative circumstances; committing to a timetable, and creating a vision for our future are the steps needed to move forward.

You can also listen to a weekly audio podcast of my blog. What you hear will be different than what you read in this blog. Subscribe on iTunes or wherever you get your podcasts. You can also click on this link – Click here to listen to Audio Episode 40 – Hero or Not?. 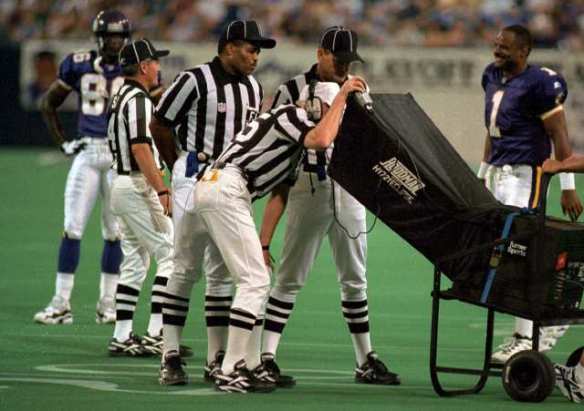