Super heroes are known for their super powers. Superman could fly and possessed incredible strength. Captain Marvel could levitate. Wonder Woman had x-ray vision. Hercules could self-heal. Iron Man could become invisible, and Stretch Armstrong was a shape shifter. Cartoon characters are bestowed with amazing super powers and always seem to find themselves in situations that call for the use of those powers specifically unique to them.

Successful entrepreneurs also have their own unique super powers. Discovering and utilizing such powers can lead to some amazing results. As we progress through our careers, we become more and more aware of our super powers. The earlier in life we are able to discern our special abilities, the sooner we’ll be able to focus them and realize our full potential. Just like most of the super heroes, we entrepreneurs can’t lay claim to all of the super powers which is why we need to understand what is ours and how to use it. Here are a few ideas on the subject.

Creativity and Imagination are foundational super powers for many entrepreneurs. Probably one of the most creative individuals ever to walk the planet was Steve Jobs of Apple fame. Jobs had a vision that was unmatched and he transformed society by imagining things that had never been done before. He envisioned the iPhone to have on-screen features rather than the old buttons that were used on other cell phones.

Tesla’s Elon Musk exemplifies the super powers of Perseverance and Resilience. Another of his enterprises is a company called SpaceX which is attempting to commercialize space travel. Even though there have been countless setbacks including rockets that failed to function properly or exploded in 2006, 2007, 2008, 2015 and 2016, Musk continued to stay the course to reach his ultimate goal of making space travel affordable and colonizing Mars.

McDonald’s would not be the company it is today had it not been for its founder, Ray Kroc and his super powers of Optimism and Ambition. Very early in his career he met Earl Prince, the inventor of a five-spindle milk shake machine called the Multimixer. He spent 15 years selling the machine to a variety of customers including two brothers in San Bernardino, California. Dick and Mac McDonald entered into an arrangement with Kroc to expand McDonald’s beyond a single restaurant and the rest is history. Because of his Ambition, Kroc was able to effectively push the expansion plan. And his Optimism was contagious and enabled others – franchisees, suppliers, bankers and investors, to believe in him and his plan.

When we think of Amazon we understandably think of its founder Jeff Bezos. Here is a man who is not afraid of failure because his super power is seeing the world as a laboratory in which to Experiment. Is there any doubt that he’s done exactly that? He started selling books online, and today sells EVERYTHING through the Amazon website. In addition, Amazon Web Services, is a subsidiary that provides a cloud-based computing platform to the business community. Bezos convinced investors to back his approach of experimentation from Amazon’s launch in 1995 to 2016 when it achieved annual sales of $136 billion. He advises entrepreneurs to focus on process not failure, and further to “deconstruct products, processes and ideas.”

Building and serving Relationships are Reid Hoffman’s super powers. Hoffman was the COO of PayPal and co-founder of LinkedIn. He likes to build deep, long-term relationship that give insider knowledge. Says he, “If you reverse engineer the relationships of many successful entrepreneurs as I have, you will realize that many people work with the same people over and over in their careers.”

What is your super power? Once you find it, focus on it, refine it and exploit it. It may not enable you to leap over tall buildings in a single bound, but it may be just what you need to build a successful and sustainable organization.

You can also listen to a weekly audio podcast of my blog. What you hear will be different than what you read in this blog. Subscribe on iTunes or wherever you get your podcasts. You can also click on this link – Click here to listen to Audio Episode 72 – Vacuum Cleaners & Movies. 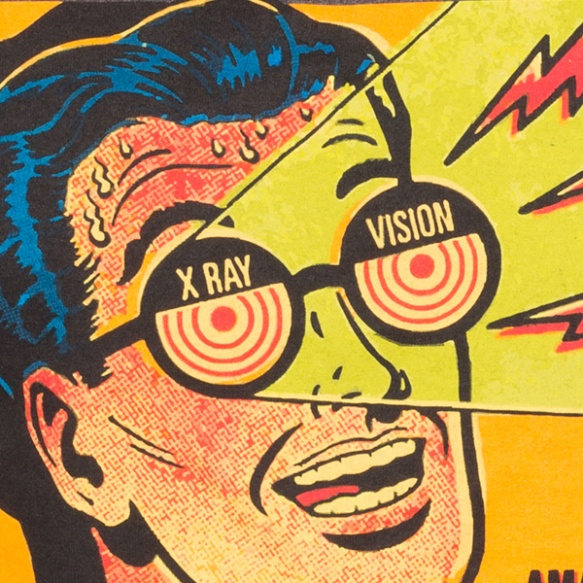